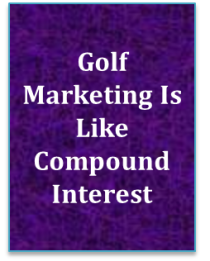 You should never let an amateur “hack at it” to see if he/she can get it close to the pin or “inside the leather”.

Let me give you an example:

Let’s say you and your buddy are playing a round of golf for a dollar per hole but are doubling the bet for every hole, i.e., the first hole is worth one dollar, the second is two dollars, the third is four dollars, and so on.

If you pull out half way you can win two hundred fifty-six dollars ($256).

But had you just played the back nine, you could have one hundred thirty-one thousand seventy-two dollars ($131,072).

Don’t let a nickel get in the way of a dollar; partner with a team of professionals who are qualified to achieve the desired result.

Thank you for partnering with MMC® in growing the game, your golf course and your golf career.

Last month I wrote and produced a vlog on demographic data. I referenced the 2016…

Since this is an election year I thought it befitting to discuss demographics. I want…

Rock-Tober – The End Of Your Golf Season Is Just The Beginning Of MMC®’s!

Most operators in the northern states push it hard FROM April 1st until Labor Day.… 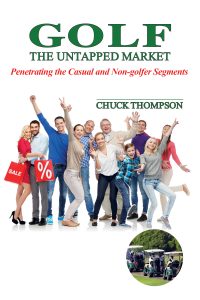